COVID-19 Update: “We know during the last few weeks things are becoming uncertain and the coronavirus (COVID-19) situation is worrisome. We hope you’re all staying safe! Rest assured, me and my family are taking the necessary steps for our health, as our goal is to continue serving you–our community . This is an unprecedented situation, which has required many of us to adjust our normal practices and In order to get the design process going a phone call discussion is all it takes. From there, it can be determined if a site visit is warranted. And if so, a personal visit will be done with sensitivity to current health protocol. Thereafter design samples are emailed. Thank you for your patronage.” 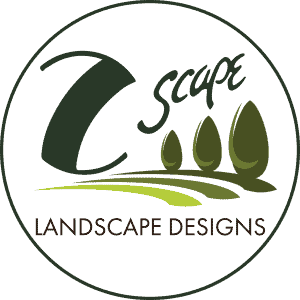 What can I do with such a small space?

Think vertical and horizontal. In other words, how far can i go up and how far wide. If thinking vertical, is there an overhead structure such as a patio or roof overhang? When thinking horizontal, how long and wide (square feet) is it? The above considerations will determine plant types that will fit within these limits and have room to grow.

I have very little dirt area and so much concrete

The answer is related to the first question but a concrete slab is useful insofar as the place to go and relax placing a small table and chairs to enjoy the garden you would have consisting of primarily raised planters and pots. Container gardening can be challenging to set up especially if you only have a condo deck/patio and the extra expense from bags of soil and pots. Still, with the limited dirt area, the nursery industry has you in mind, for they are constantly “dwarfing” common landscape plants such as trees, shrubs and flowering ornamentals.

My yard is so big, where do I start?

The simple answer is you start closest to the door that leads outside. If you first beautify an area far away and its a barren walk getting to it or you can’t see much of it from a window, then its time to rethink of the starting point. I’ve seen beautifully landscaped gazebos or pergolas far from the house door and therefore rarely being used and enjoyed. Additionally, determine where your outdoor activity is and what you will do there. Remember, you go outside for a reason and if its to see and enjoy your garden, then those sensations should readily be enjoyed once you leave the house.

1. How much should i water my plants?

Probably the #1 question asked. The simple answer: it depends on the plant and where its planted. I suggest to do some research on the internet for that particular plant and/or ask the nurseryman where you purchased it. After you get it home, look at it carefully to fix in your mind what it looks like at its prime. After all, the nursery where you purchased it makes sure it looks its best and that’s why you bought it, right? Continue using your powers of observation. Meaning, watch how it’s responding to the new location. Except for maybe succulents, most all plants show quick, visible signs of needing a drink of water, such as less of the green color than the day before or a drooping in the leaves or not as stiff or sudden flower/leaf drop. One big caution: More is not better – too much water can kill your plant as easily as too little water. Avoid the impulse that more water is better. After you give it a drink, observe to see if it responds and give it a couple days.
All the pointers above are for plants indoors or outdoors, potted or in the ground but the most important tip – OBSERVE, look at it daily if not more.

Probably the #2 most asked question. If planted outside in the ground and it was a slow death (after about 1-2 months) the likely suspect is planted too deep, meaning the soil level was too high on the base of the trunk and the moisture rotted the bark thus cutting off the ability to move moisture and nutrients throughout the branches and leaves.
If its an indoor potted plant and it died quickly (after 1,2 weeks) too much water is probably the cause and/or the new environment was too much of a difference and couldn’t adapt.

3. What should I do about bugs on my plants?

Probably the #3 most asked question. This answer will be in several parts. First, it important to ask: how do you feel about bugs? This indicates your tolerance level. So, if you can’t stand bugs, your tolerance level is zero for bugs or insects on your plants. If its an indoor plant, this is understandable since there is no natural predator to keep the bug in check (but remember – if there was, the predator is a bug too – yikes!!)
If the plant is outdoors, my advice is to raise your tolerance threshold. Remember, bugs live outside so naturally they will be on your plants. Overall, its rare that a plant will die from bug infestation alone. Normally, the bugs will be eaten by other bugs or birds or the cold weather will slow them down. I’m not saying to never use pesticides, but use them as an almost last resort. There is what’s called IPM or integrated pest management. The aspects of this approach will be discussed later.

Is there a natural way to kill weeds?

In a word, yes. But they won’t kill the roots- only a ‘top kill’ and consequently the weeds will return. There are many ‘organic or natural’ products out there for the homeowner at your home centers and these are popular since Glyphosate or Round up has come under such scrutiny in the past 5 years. You can search ‘weed killer recipes’ to read up on that, too. You can try a 50/50 mix or stronger of vinegar and water. Any thing you use is more effective when weeds are in direct sunlight and actively growing. Remember, ‘organic or natural’ weeds killer is still considered a pesticide so don’t be lulled into thinking theres no caution to be taken; as always – READ THE LABEL.

What can I grow in the shade?

Many things, you just have to do some homework and ask around too. A good indicator is to look at the plants at the nursery that are in the shade – Bingo!! Also, determine how dense and how many hours of shade are you talking about. It might be shaded but well lit from reflected light from a white wall or a concrete slab or windows. This is different from dense shade surrounded by dirt and shaded by a tree and/or a north facing wall. If you have a half day of sun/shade then there are many plants that do well such as gardenias and camellias.

What can i plant under a tree that has surface roots?

What can I do about dog droppings?

Believe it or not, this is always asked of me in the 40+ years in this business. Its a human problem; kindly talk with the owner or put up a fence – period!